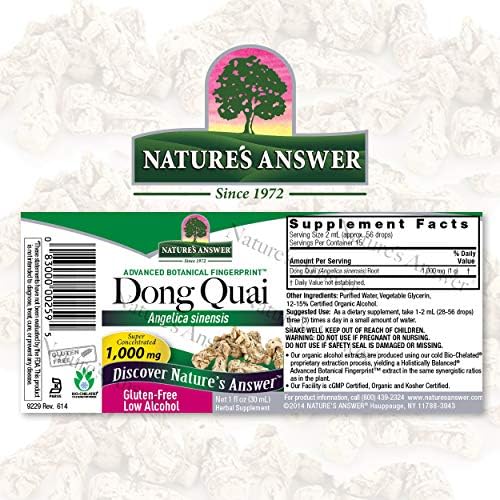 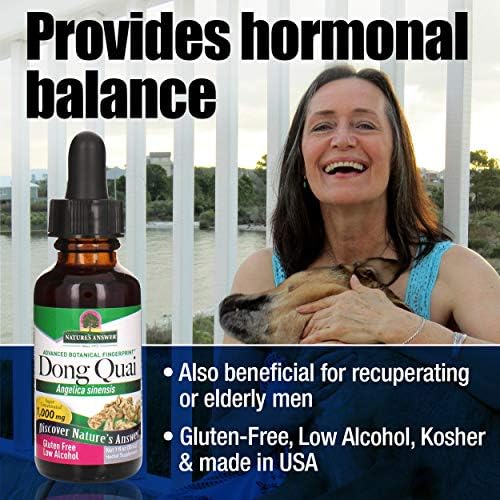 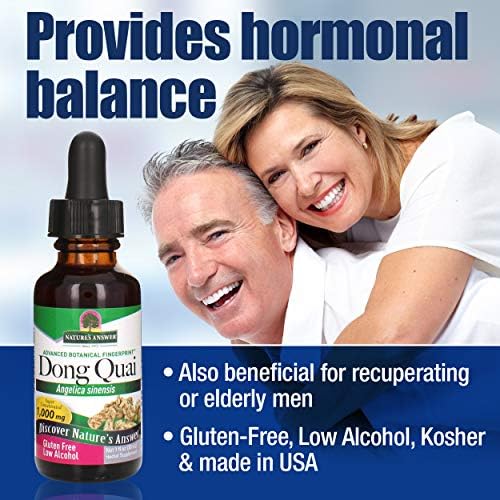 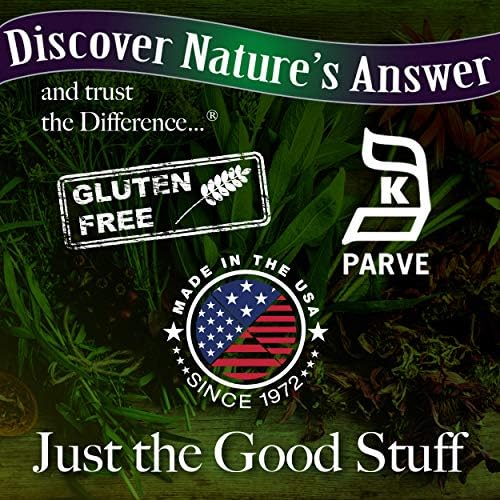 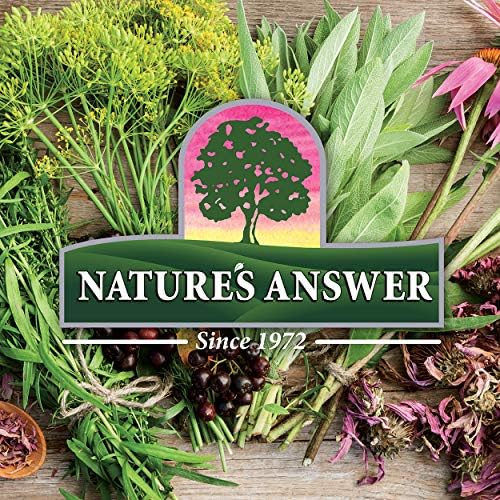 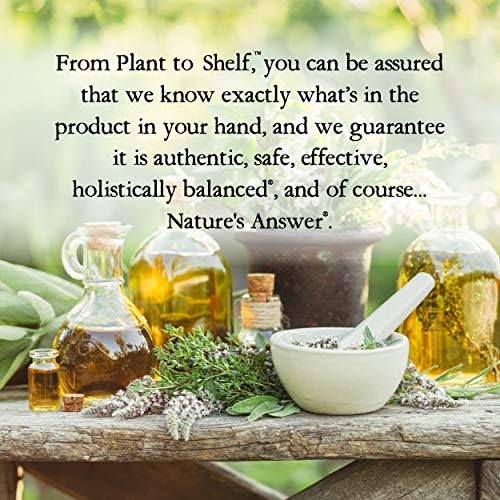 Nature’s Answer organic alcohol extracts are produced using alcohol, water and coconut glycerin utilizing our cold Bio-Chelated proprietary extraction process, yielding a Holistically Balanced standardized extract. Liquid extracts are absorbed faster than tablets or capsules, and are more potent than tinctures. Holistically Balanced guarantees that the constituents of the extract are in the same synergistic ratios as in the plant. Manufactured in our FDA registered and pharmaceutically licensed facility; Unconditionally guaranteed.
Dong Quai can be found as a sliced root that is yellow on the outside and white on the inside. Pieces of the root are regularly added to soups and stews. A special tea, called “Four Things Soup”, contains Dong Quai, peony, Rehmannia and ligusticum. These ingredients are simmered together for 10-20 minutes. Two to three cups per day can be taken.
Dong Quai tastes like strong celery, so it is often used in cooking. Dong Quai means ‘proper order’, and is the Queen of all Female Herbs. However, Dong Quai is also useful for men, especially if they are recuperating or elderly. Dong Quai is considered a warming herb in the Traditional Chinese system and is considered able to ‘harmonize’ the circulation
Dong Quai has been used in China for thousands of years to support female hormone balance* and has also been recognized in America as a useful adjunct in wellness management. When you see a Dong Quai plant you can’t help but be impressed with its appearance of strength and power. It is very tall with large leaves. The root, which is the part used to make the botanical extract, has a sweet woody distinctive aroma due to the high content of chemical constituents
These have documented Dong Quai Liquid pharmacological effects. The strength and vitality of the plant reflect on the herbal law of ‘the doctrine of signatures’, which states that plants reflect through their form, size, color, and other physical functions, how they may be useful. Dong Quai has tonic properties which support vitality. Dong Quai contains naturally occurring compounds, such as vitamins A and E, Folic acid and vitamin B12, essential aromatic oils and coumestans.

There are no reviews yet.

Added to wishlistRemoved from wishlist 0
Add to compare

Added to wishlistRemoved from wishlist 0
Add to compare
$29.97

Buy Now
About Us