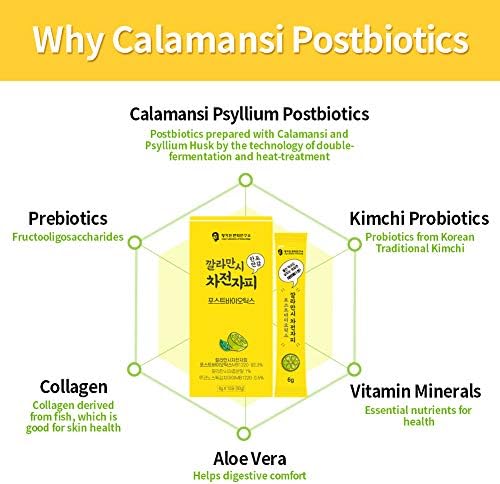 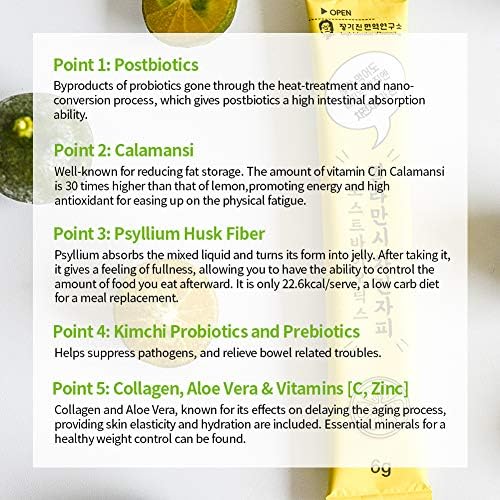 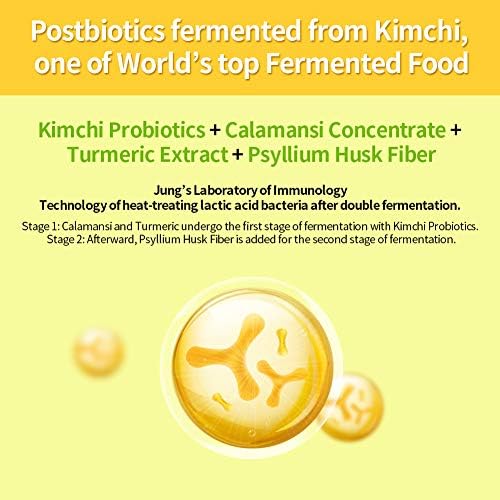 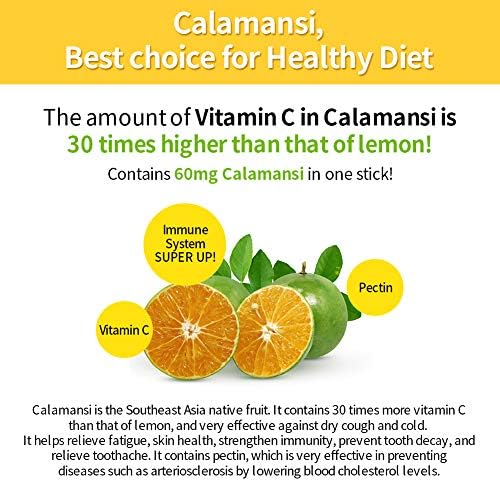 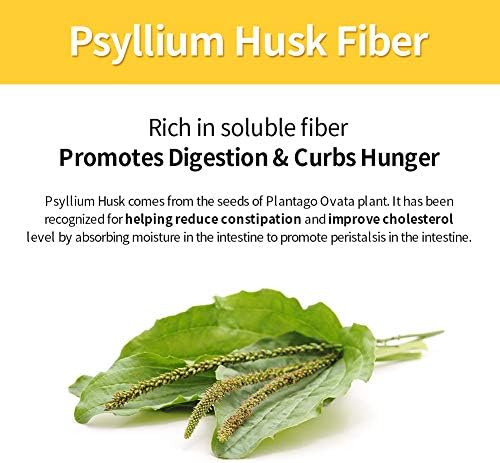 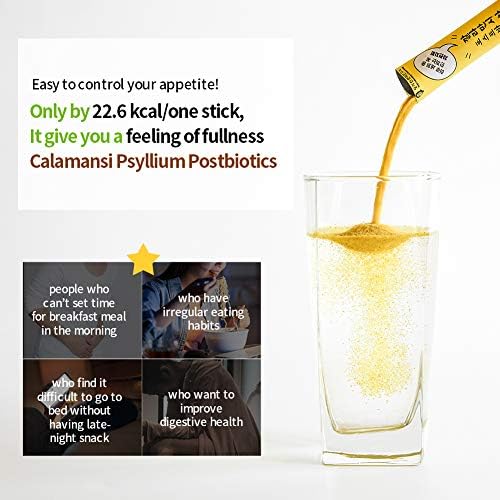 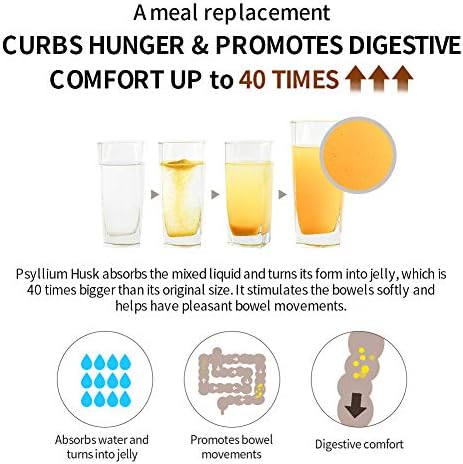 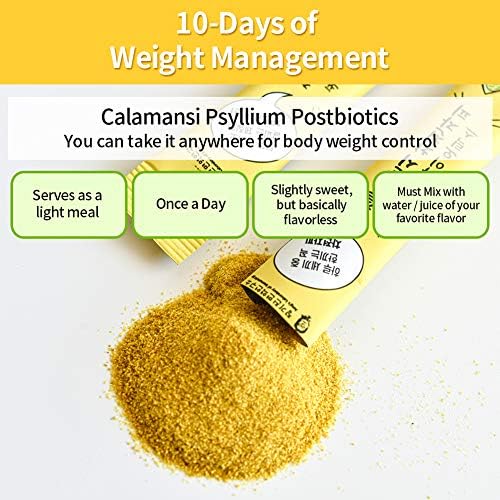 Recommended for: Calamansi Psyllium Postbiotics for Weight Control is good for people who can’t set time for breakfast meal in the morning, who have irregular eating habits, who find it difficult to go to bed without having late-night snack, and who want to improve digestive health.

Promote a healthy gut microbiome and benefit immune cells: Probiotics found from kimchi benefit digestive systems with their outstanding potency and bile resistance. Calamansi Psyllium Postbiotics for Weight Control contains Probiotics Leuconostoc kimchii MB1220 that have been researched and developed by a research team led by Professor Hong-Ui, Han of Inha University in Korea in 2000. There is 92.3% of one strain of postbiotics fermented from kimchi probiotics, calamansi, and psyllium fiber in one single stick, including all the positive effects of each ingredient.

What you can expect from taking Junglab’s Calamansi Psyllium Postbiotics for Weight Control: Serve as a meal replacement, promote the metabolism of fats, carbs and proteins, promote energy and digestive comfort.

Capacity: 6g x 10 Sticks / Recommended daily intake: Once a Day / Taste: slightly sweet, but basically flavorless / How to Take: Mix 1 stick with water or mix with juice for your favorite flavor.
CALAMANSI UNDERGONE THE FIRST STAGE OF FERMENTATION WITH KIMCHI PROBIOTICS: Calamansi is well-known for reducing fat storage. The amount of vitamin C in Calamansi is 30 times higher than that of lemon, promoting energy and high antioxidant for body without tiredness. Kimchi probiotics undergo the first stage of fermentation process with calamansi and produce calamansi postbiotics, boosting the effects of Calamansi in weight management.
PSYLLIUM HUSK FIBER IN THE SECOND STAGE OF FERMENTATION: Calamansi postbiotics, then, undergo the second stage of fermentation process with psyllium, containing all the positive quality of it. Calamansi Psyllium Postbiotics absorb the mixed liquid as Psyllium does. After taking it, it will give you a feeling of fullness, allowing you to have the ability to control the amount of food you eat afterward. It is only 22.6kcal/serve, a low carb diet for a meal replacement.
COLLAGEN, ALOE VERA, VITAMINS & MINERALS: Junglab’s Calamansi Psyllium Postbiotics contain amino acids from Collagen, and Aloe Vera, known for its effects on delaying the aging process with its skin elasticity and hydration quality. Essential minerals for a healthy probiotics postbiotics for weight control.
EASY, CONVENIENT & NUTRITIOUS WAY TO CURB HUNGER: Once a day, pour grab-and-go single-serving packet (10 packets total) into a bottle of room temperature water(500ml) and shake well. It’s that easy to enjoy postbiotics fermented from calamansi and psyllium husk fiber while curbing appetite.

There are no reviews yet.

Added to wishlistRemoved from wishlist 0
Add to compare

Added to wishlistRemoved from wishlist 0
Add to compare
$13.96

Buy Now
About Us